Home / Uncategorized / The Power Of Encouragement

The Power Of Encouragement 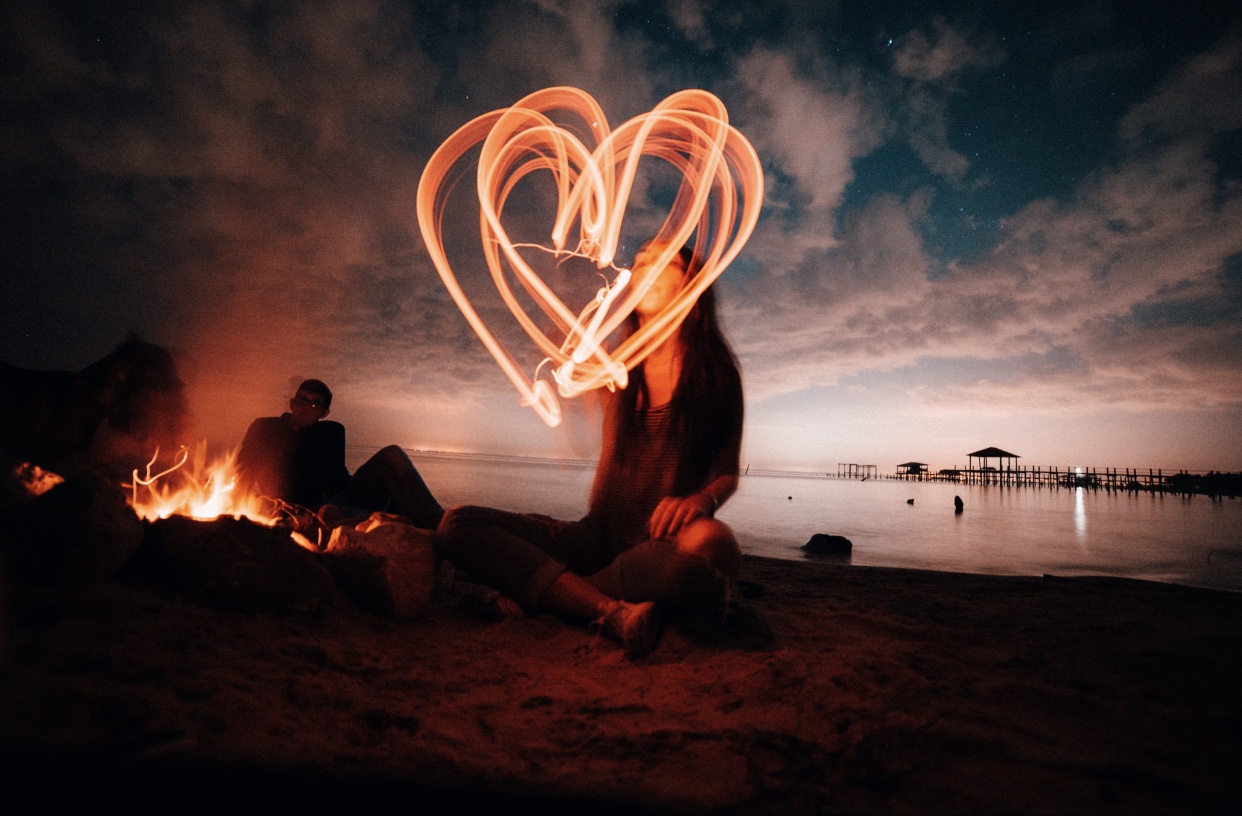 What is encouragement and why is it so essential for maintaining healthy marriages and families. Encouragement represents positive influence, to literally give courage to someone—not waiting until it’s deserved or asked for, but taking initiative when things are difficult and uncertain. There are many synonyms one could use: to give support, confidence or hope to another; to hearten, cheer, uplift, inspire, motivate, vitalize, embolden, or rally. The impact can be far reaching and often makes a difference when relationships begin to falter. Even the neuroscience gives credence to this dynamic. Criticism and negativity release harmful stress hormones, inhibit concentration, diminish the brain’s executive functioning, and tend to create knee-jerk reactions vs. calm and rational thinking.

The Bible provides a wonderful example of a life fully lived under this principle. His name was Barnabas and there are several lessons we can draw from his story. Here are six worth considering:

1.     The first thing about an encourager is that he or she is practical. Barnabas arrives on the scene in Acts 4:36-37. He was just a regular “Joe” (Joseph, a Levite), but his nature was so uplifting and encouraging, that the Apostles changed his name to fit his character—Bar (the Son of) Encouragement. He sold some land and laid the money at the Apostle’s feet. Here were the leaders of the first century church who were trying to take care of widows and orphans, and what they needed at the time were financial resources – so practical in the moment.

While attending to someone spiritually is always appropriate and helpful, we shouldn’t neglect looking for ways to encourage the people we love on practical levels as well. Perhaps you have heard the saying, “We can become so heavenly-minded, we are no earthly good.” Imagine if your nickname was “husband” or “wife” of encouragement… father or mother of encouragement. Sometimes our spouse or child needs a simple hug, an act of service, a helping hand, or an arm around the shoulder that says, “I love you.” Let your encouragement today be practical.

2.     Secondly, an encourager is  a risk taker. In Acts 9:26-27, Barnabas stood up for Saul when no one else believed in his conversion and everyone was still afraid of him. He took a risk when others wanted to reject Saul for his behavior. Love has the ability to look past brokenness and pain, even sinful choices, and still see God at work in the midst of a situation. Loving and caring for someone can be risky and often requires us to be authentic and to move beyond our comfort zones.

Marriage and parenting offer numerous opportunities to forgive when we have been hurt or a sacred trust has been violated. Being open and transparent in a marital or family relationship, especially in sharing thoughts, emotions, hurts, etc., can mean stepping “outside the box.” There are no guarantees that we will be immune from the storms of life on this side of eternity. However, in Christ, risks are frequently overcome with steps of faith. Take a risk today – encourage your loved one by being vulnerable.

3.     Thirdly, an encourager is  committed. When Barnabas was sent to Antioch and got among the people, the Scriptures says he began to encourage them with everything he had (Acts 11:19-24). The words describe him as having a “resolute heart.” In the Greek, this is translated as prosthesis kardia, which literally means, “purposed in the will.” This was part of who Barnabas was and his sense of calling.

In the same way, when we walk down the aisle with someone and pledge vows, or choose to bring a son or daughter into the world, we need to be committed as “all in” when it comes to our own role and responsibilities as spouses and parents. In some ways, success can be defined as falling down seven times and getting up eight. Great marriages and great parenting are not created by 50-50 commitments, thinking this represents a whole relationship, but after two people each give 100%. When Cortez landed in the New World, he burned his ships; it signified there was but one direction in moving forward. Find a way to encourage your spouse or a child that indicates you’re all in.

4.     Fourthly, an encourager is others-centered. Shortly after arriving in Antioch, Barnabas turned his thoughts toward his good friend, Saul (Acts 11:25-26). He knew he had to share this blessing and not be consumed with his own sense of self-importance. Inviting others into your journey underscores the reality that we were created by God in relationship and for relationship. He never intended for us to be alone and take a solo flight through life.

Marriages and families are composed of individuals who each have their own set of expectations, desires, hopes, dreams, and plans. We all need to grow in the practice of “relational gift-giving.” Here, we can proactively choose to focus on our spouse or child and consider what would bless them, please them, support them, and draw them closer to God. Encourage your loved ones and make this moment, this hour, this day, a celebration of who they are.

5.     Fifthly, an encourager is available. While in Antioch, the Lord commissioned and directed the very first missionary journey (Acts 13:1-3). Immediately, Barnabas and Paul made themselves available and were sent out. This implies an ongoing state of preparation and anticipation, a willingness to lay down one’s own ideas, plans, and desires for the benefit of others. Leaders often understand more can depend on a person’s availability before God than necessarily his or her ability.

Making ourselves available to the Lord, as well as to our spouses and children, can open up the doors of opportunity for deeper relationships, ministry, healing, and transformation. For many, time is one of the most valuable commodities in today’s fast-paced world. Sharing it with a loved one is a wonderful gift. It says, “Here I am… for you… for us. To listen, to care, to serve.” The power of presence should never be underestimated. God can accomplish much in a marriage or family through vessels who are fully yielded to Him. Be an encourager and offer yourself in love.

6.     Finally, an encourager is  patient.  During the first missionary journey, Barnabas took along his young cousin, John Mark, who later left them in the middle of the trip. On a subsequent journey when Paul suggested they visit all the churches that were started, Barnabas wanted Mark to join them once again. However, Paul accused Mark of desertion and he and Barnabas had such a significant argument, they parted company. Paul took Silas and Barnabas took Mark (Acts 15:36-40). Barnabas remained patient and longsuffering with his cousin.

There are times when loving someone means standing with him or her in the middle of major mistakes and shortcomings. The first descriptor of love is that it is patient (1 Cor. 13). We have all probably heard incredible testimonies that speak to the power of a praying mother. Who will continue believing in, advocating for, and supporting our spouse, son or daughter? Encourage that family member through your unwavering, patient, and unconditional love.

As I close, let us examine the fruit of encouragement. In 2 Timothy 4:11, Paul is imprisoned and in the twilight of his life on the earth. He says, “Only Luke is with me. Get Mark and bring him with you, because he is helpful to me in my ministry.” Later, in 1 Peter 5:13, when writing to the believers who were scattered because of persecution, Peter says, “She who is in Babylon, chosen together with you, sends you her greetings, and so does my son Mark.”

Even though we hear very little about Barnabas or Mark after they parted company with Paul, these verses reveal that somewhere along the journey, this young disciple “made it.” The one who had failed miserably, moved into a place of responsibility and maturity. Here, we see the two preeminent Apostles of the first century who are strongly supportive and complimentary of Mark—Paul saying he was useful to him and Peter referring to him as a son in the faith. God Himself allowed Mark to write one of the four Gospels. Although Scripture is largely silent on the matter, I believe the fact that Mark was able to work through whatever issues he had, was because Barnabas refused to give up on him and was willing to stick it out during the long journey.

You potentially may be the most influential person in your spouse’s or child’s life… in the best position to support, pray for, believe in, and journey with him or her in all the ups and downs. The gift of encouragement is within you right now. May the outcome be as equally transforming as it was for John Mark.