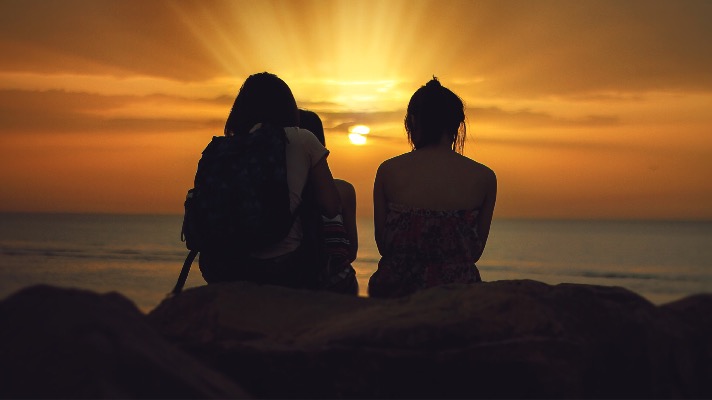 The church our family attends has an amazing program after each Sunday morning service which children and their families are invited to attend together.  The idea is for parents to hear what the kids learned in class this week and talk through the central teaching – in a super creative, super fun environment.  Our kids absolutely love it. So does their dad!

Last week’s lesson was on the Lost Son. It’s the story in Luke 15 that Jesus tells of a rebellious young man who rudely asks his dad for his part of his inheritance (while his dad is still alive – not cool), then goes and wastes everything on big time partying, only to later come to his senses and return to his father, ready to beg for a job. Such audacity!  But before the son can even ask, the father offers him complete forgiveness.

If you’re still reading, I need you to pause. Go back and read that last line in the previous paragraph. Seriously. Ok, I’ll just restate it here for you…before the son can even ask, the father offers him complete forgiveness. What a statement! How amazing! But wait, here’s the thing…you may be nodding yes right now at how awesome it is, but never in the passage does it actually say that the father forgave his son. It’s true. Seriously. (Now you’re starting to wonder…is that really true? Go check it out, Luke 15:11:24. See, I told you…no mention of forgiveness anywhere.)

But we know he was forgiven, don’t we? So much so that we’ve always assumed it said so.  Why? Because the father doesn’t simply speak words of forgiveness, he demonstrates what forgiveness looks like.  And it’s remarkable:

1 Corinthians 13:5 tells us that one attribute of love is that it “keeps no record of wrongs”.  That when we love others the way God wants us to love, we’re too busy loving the one who misses the mark to even keep track of where the mark has been missed. We’re not just saying we forgive, we’re demonstrating it.

Back to the post-service children’s program last weekend after church.  After the team finished acting out the story of the Lost Son (which, my goodness are they creative), families were given a couple of minutes to huddle and discuss a question together: “when have you needed to forgive someone else?”Great question! Quickly my mind started running through a list of people I’ve needed to forgive and how I was so kind to forgive them and which example will be safe for me to share with my kids and….hang on….wait a second….Garrett is just sitting there. And he has an odd look on his face…

“What are you thinking about, buddy?”

With a sheepish chuckle, “Oh, I’m thinking of all the times I’ve needed to ask forgiveness of others.”

My nine-year-old, helping his dad understand the correct answer.

We do well when our heart posture is one where we truly recognize the long list of ways that we have been so graciously forgiven, over and over, by God and others.  When this happens, it becomes pretty easy to shred up our lists of “how I’ve been wrong”, instead choosing to freely demonstrate love through forgiveness.