YOUR HEART’S DESIRE – “OUT OF THE DIRT OF AFRICA” 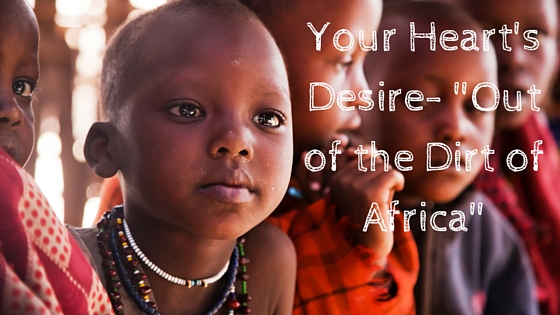 Imagine being on a leaky rowboat. That’s a problem. You bail water and manage to stay afloat by alternately paddling and bailing. Paddle and bail…Paddle and bail… It takes longer to get to your destination, but at least you’re on top of the water because the leak is manageable.

Jos (Yose) and Sylvia went as missionaries to work in Namibia, a country of approximately two million people bounded by the Atlantic to the west, Angola to the north, Botswana to the east, and South Africa to the south. They settled in a dusty African community about 60 kilometers outside of Windhoek, the capital. Like much of the rest of the country, the people around them represent many different tribes, and many of them live in the poverty of squatters’ camps.

Jos and Sylvia work primarily with teenagers. They began making disciples, training young leaders, teaching values, and in many cases, acting as surrogate parents. It didn’t take long for them to discover, however, that the problems they came to address were only symptoms of a much greater PROBLEM.

They saw young orphans forced to survive on whatever they could claw out of the village dump, a dump unlike any you would ever see in North America. These orphans were part of the rapidly expanding community of children in sub-Saharan Africa: AIDS orphans.

Compassion compelled Jos and Sylvia to take action on behalf of the children. They began work on the ARK, a children’s home that would provide not only food and shelter, but also trained and caring house parents. Word spread quickly, and the house was filled in no time. But only one home among so many?

Most AIDS in Africa is transmitted sexually. Young parents die by the thousands, leaving babies and small children homeless and defenseless. Extended families try to step in, but only a fraction of the children are fortunate enough to be rescued this way. And even if orphanages sprang up overnight, every night, they would only serve to patch the problem, not stop it. Unless the issue of sexual responsibility was addressed, the problem would continue to escalate.

Young teenage in the squatters’ camps are routinely at risk. By the time they are 12 years old, girls are approached by older boys who tell them, “You are the most beautiful girl in our village and I love you.” The desperate desire for love in a young girls heart combines with a desire to belong and to escape the reality of circumstances. She wants to believe. He repeats the magic words, “I love you” and then adds, “If you love me, you will prove it.”

The older boys somehow sense the girl’s need and capitalize on it. Love and sex are conveniently woven together for his own interests. In a trade for her body, she receives a promise that her heart’s desire will be fulfilled. Unfortunately, the promise is never kept. Unaware of the consequences, she actually becomes sexually active. By the age of 15 she has a child, by the age of 17 she is infected with the AIDS virus by the boy who already had it. By the age of 20, she has full blown AIDS, typically dying a horrible death by the age of 22.

Jos and Sylvia could see that if there was ever to be any hope of slowing this tidal wave of orphans, they needed to reach children with the truth about sex and love. Leaving their organization to deal entirely with the growing AIDS pandemic, their goal was to reach as many children as possible to be cycle breakers. They developed, “Choose to Wait”, a solid biblical teaching regarding sex that could help adolescents gain a better perspective than that of their culture and ancestors.

How did sex and love become synonymous? A key to the solution lies in the “desires of your heart”

“Delight yourself in the Lord and He will give you the desires of your heart”  (Psalm 37:4) 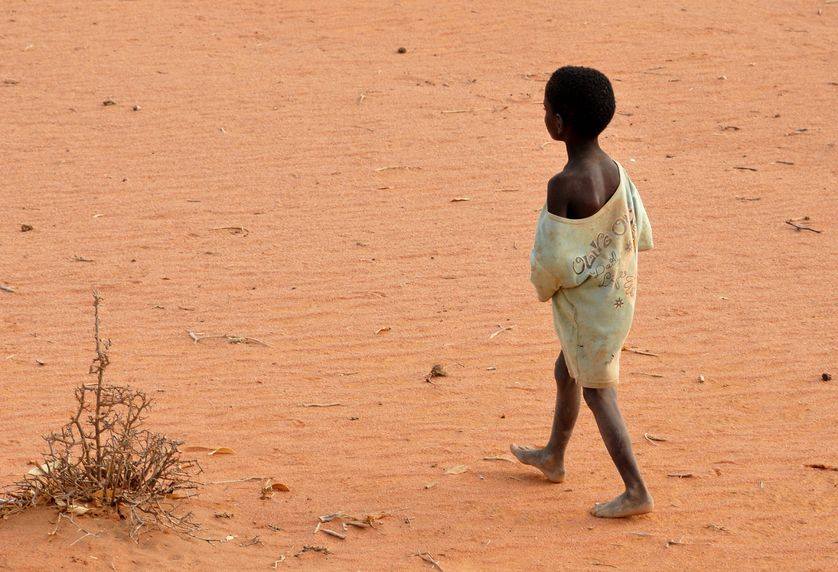 Love Defined was born near an African squatters’ camp, an unclaimed piece of ground where the poorest of the poor settle, creating a makeshift village. No water, no sewage, no buildings, no floors other than dirt. Not much of anything, really, beyond the slimmest threads of HOPE, and an abundance of souls: Souls loved by God with the same sacrificial passion that drove Him to Calvary for you and me.
One of the key concepts defining our purpose for Love Defined, is the understanding that LOVE is a DEMAND. This has caused a bit of consternation for some involved in the conversations to date, much to my delight. “This seems harsh” or “What about grace?”.  And even, “This may be difficult for most of the intended audience”.
All of these are great questions and thoughts, and it is hoped that this concept rattles your foundations a bit. Remember the road is narrow.  Many of you like me, are rankled by the idea of demands. I bristle when people demand things of me. When family members demand something, strong-willed people dig a little deeper; same here. When people in business around me demand something of me, I steel up a bit. When the government demands compliance or taxes, I protest. Even the Scriptures that demand something cause consternation.
Think about that one for a minute. How many of those verses make it to your favorites list? They probably aren’t the ones we put on posters and keychains. We have an amazing ability to gravitate to the verses about grace and even greater ability to see the tough ones as “really strong suggestions”.
Be encouraged to see this concept first and foremost as what you are to demand from yourself.  What we have received unconditionally from our God who LOVES us, we are asked, REQUIRED — DEMANDED  to give to others. We will remind you that from time to time throughout the study. This will be the foundation for transformation.
For the Call,